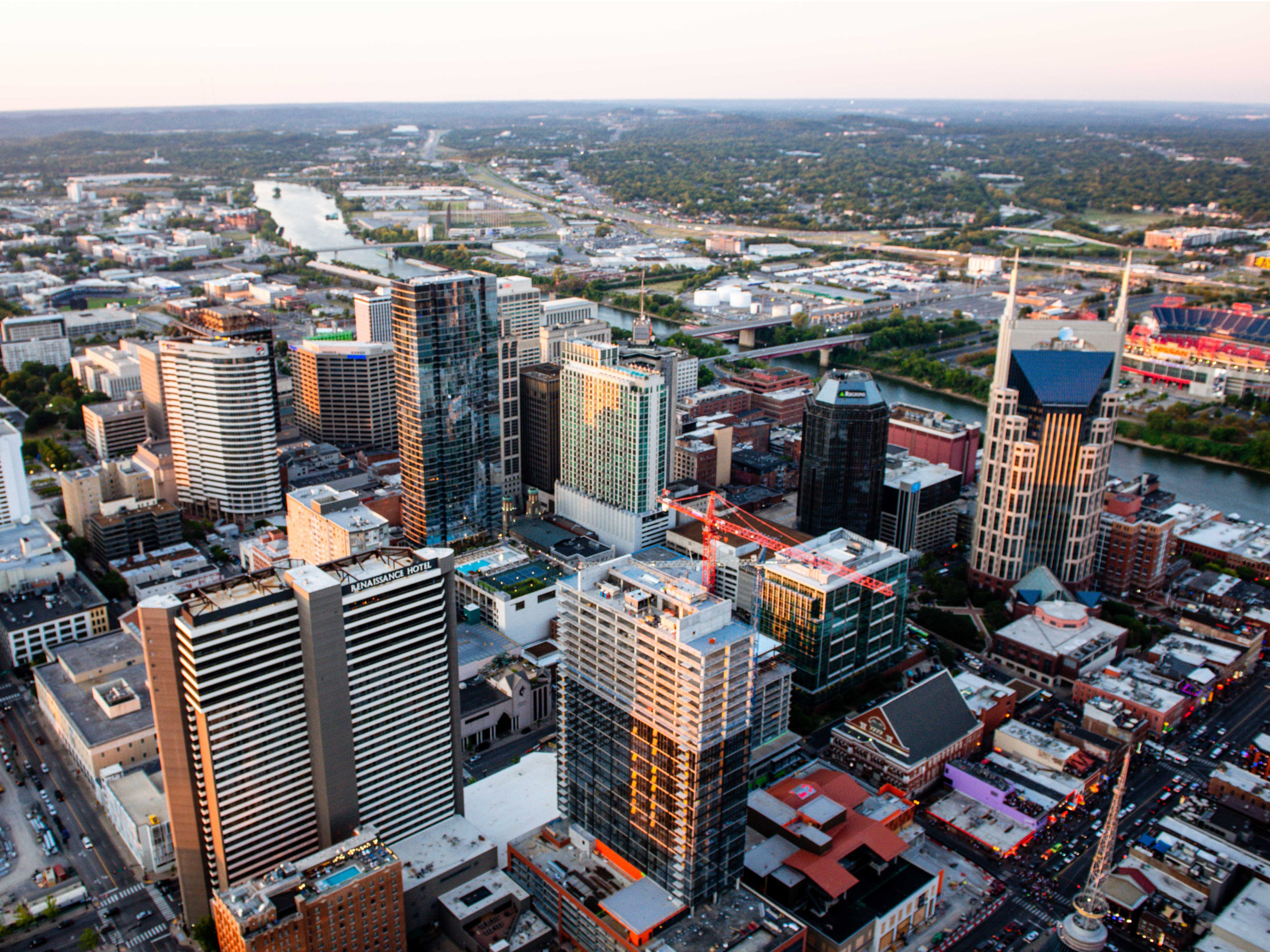 Middle Tennessee counties have ranked among the country’s fastest growing in recent years, but new population estimates released Thursday show Davidson County’s population declined by 11,533 people in 2021 to a total of 703,953.

The news comes on the heels of the 2020 Census data release which showed that since 2010, Davidson County’s population had grown by 89,203 to a total of 715,884 residents. This was the largest recorded increase among Tennessee’s 95 counties over the 10-year period.

According to the new data, 14,470 fewer people moved into Davidson County from other US counties than moved out last year. This difference between the two numbers is called net domestic migration and is estimated using tax returns, social security records and Medicare data.

U.S. Census Bureau estimates pushed the county’s net domestic migration totals into negative territory beginning in 2016, averaging an annual decrease of 4,000 people through 2020. A large decrease was recorded in 2021, with the level more than tripling compared to recent migration trends. Since 2016, net domestic migration in Davidson County has been negative according to US Census Bureau estimates. This indicates that more that people are moving out of the county than are moving in.

“We’ve been watching this trend play out in the data over the last few years, but this latest jump is a bit of a head-scratcher,” said Tim Kuhn, Director of the Tennessee State Data Center at the University of Tennessee’s Boyd Center for Business and Economic Research. “On one hand, we’ve been somewhat skeptical of the trend given the large population increases that Nashville/Davidson County experienced in the last decade. But on the other, we also see evidence of households and families forming in Davidson County and then relocating to surrounding counties within the metro area.”

Families seeking housing, education and employment options but desiring to stay within the Nashville and Clarksville metros could be contributing to the decrease.

Data shows that the number of movers from Davidson County to other Tennessee counties has risen steadily since 2010. This so-called inter-county “mover rate” grew from 3.6% of population relocating in in 2010 to 4.7% in 2020. Moves within Davidson County fell, and interstate moving rates fluctuated. The percent of the population moving out of Davidson County to other counties in Tennessee has risen steadily from 2010 to 2019. Moves between housing units within Davidson County have fallen over 3 percent.

Data on moving for 2020 and 2021 are not available, so it’s unclear how much the COVID-19 pandemic influenced this trend of moving away from the county.

“Net migration is a two-directional flow. It can be tempting to think that there has been a sudden increase in the number of people moving away from more densely populated urban counties,” Kuhn said. “It actually could be a matter of reduced in-migration with new residents settling in surrounding counties, rather than in Davidson.”

There is also concern that the population estimates are underreporting domestic in-migration into Davidson County. The bureau’s estimates released prior to the 2020 Census were 21,708 people below the final 2020 Census numbers. The difference between the full 2020 headcount and the estimates can be almost fully explained by shortfalls in the levels of reported migration. This could be in part because domestic migration data are based upon federal administrative records, which don’t include all movers.

“We watch migration numbers closely because they have become the primary driver of population change in the Tennessee,” Kuhn said.

In the south region of the U.S., several other mid-sized counties with populations between 500,000 and 1 million people saw similar patterns. This includes Shelby County, Tennessee, which logged at net domestic migration decline of 4,190 people.

Jefferson County, Alabama (Birmingham) and Jefferson County, Kentucky (Louisville) also were among 11 counties and the District of Columbia reporting domestic net migration loses. A number of counties in the Atlanta Metro including Cobb (Marietta) and DeKalb (Atlanta) were also cited.

Kuhn said that this is not the first time Davidson County has reported a population decrease.

“There were occasional periods where one or two-year declines were reported in the mid-70s and late 1980s, but nothing of this magnitude” Kuhn said. “Each of those occurrences were temporary and the county returned to fairly stable and steady population gains.”